Lyn Gardner
7 March 2022  ·  Follow on Stagedoor
“Belarus Free Theatre is a theatre in exile whose underground performances in opposition to the country’s dictatorship has made them political refugees from the country which is acting as an ally and cheerleader for Russia in its war against the people of Ukraine. So it’s timely that this political thriller about the dangers of authoritarianism and the suspension of free speech takes to the stage when that threat is very real. It’s set in 2049 in a European super state that includes territories which were once Belarus and Russia and where individual freedoms have been curtailed.”

Depicting a dystopian super-state in which individual rights have given way to control.

In 2049, a murder investigation sets a man on a quest, his search bringing him to former Belarus and Russia, now a European territory ruled by a secret service. But his journey becomes less about the regime’s origins, more a revelation about his own role in its creation. Based on a novel by Alhierd Bacharevic – now banned in Belarus - Dogs of Europe is an epic fantasy and political thriller about the dangers of looking away when authoritarianism takes root.

Exiled from their native country, the co-founders of Belarus Free Theatre are political refugees who make work, renowned for its physical theatrical style, that plays to courageous audiences in secret locations across Minsk and around the world. Having lived in democracies and a dictatorship, this show is especially prescient.

A powerful cacophony of visceral imagery, music and poetry 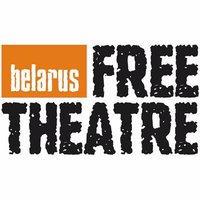