Dazzling, otherworldly spectacle from the visionary director Aurélien Bory. This is a thrilling solo by award-winning performer Shantala Shivalingappa.

In celestial light, Shantala’s mesmerising movement draws beautiful patterns on an ash covered stage, creating a giant mandala. Set to the beat of live improvised percussion by Loïc Schild, she pays homage to Shiva, God of creation and destruction and a breath-taking installation begins to unfold. Trained in Kuchipudi – originally an Indian male dance form - Shantala has worked with some of the greatest modern directors and choreographers including Maurice Béjart, Peter Brook and Pina Bausch.

Aurélien Bory’s spatially extraordinary shows have been highlights of the Mime Festival for two decades. They include Olivier-nominated What’s Become of You? (Questcequetudeviens?) for Stéphanie Fuster seen at the Barbican as part of LIMF 2014. aSH is the final in his trilogy of shows celebrating unique female dancers. 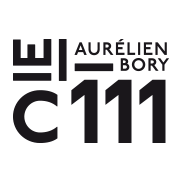