As we launch season two of our Written On The Waves programme, we at 45North wanted to introduce you to some of the thoughts and concepts that have gone into both the programming and the development of pieces.

Having loved working with such sensational writers in season one, we wanted to push this season both in terms of the artists we worked with and the forms they worked in. This season encompasses work from playwrights you may already know(and some we know you will see again now that you do know them): Tabby Lamb, Eva Scott, Danusia Samal, Ava Wong Davies and Abi Zakarian, alongside American musician and writer Dessa and Sound Designer Nicola Chang.

We approached each of these lead artists within this season with the provocation 'what happens to you as a listener as you engage your other senses whilst listening to an audio piece?' They took off in distinct and exciting directions; drinking a certain cocktail while listening, baking from a new recipe, choosing your own adventure in a digital storybook... and more!

This script is brilliantly written and executed with charm and wit

⋅ A Younger Theatre (On 'Darling')

Captivating from beginning to end

There is a sweet, observant care in Rafaella Marcus’s writing

Rafaella Marcus’ 'The You Play' is less like listening to a play than it is like falling inside one. 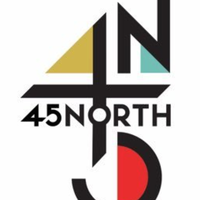