Lyn Gardner
16 April 2020  ·  Follow on Stagedoor
““What a joy it is to dance and sing,” exclaim the Chance sisters in Rice’s adaptation of Angela Carter’s gorgeous, gaudy novel. It is, and you have just a few weeks to catch this filmed version of a show that is a boisterous celebration of the power of low art to not just entertain but touch our hearts. Rice turns it into a peon to alternative kinds of family, particularly the family of theatre itself where the outsiders, - the childless and parentless, the illegitimate, the unchosen and those who choose to dance a different dance - can find a home. Rice’s work is undoubtedly based on the shared act of theatre played out in a room together with a live audience but this gives a sense of both Carter and Rice’s affinity for the chipped gilt and faded red velvet that often skips hand in hand with the most seductive theatre. If you could bottle it, you’d make a mint.”

Streamdoor 😍
10 April 2020  ·  Follow on Stagedoor
“Director Emma Rice brings her unique, musical and exuberantly impish vision to Angela Carter’s great last novel, in a production that has been seen at theatres across the UK.”

A big, bawdy tangle of theatrical joy and pain, Wise Children is a celebration of show business, family, forgiveness and hope. Expect show girls and Shakespeare, sex and scandal, mischief and mistaken identity - and butterflies galore.

Loved by audiences and critics since its premiere at The Old Vic, London, in 2019, Wise Children has been seen by theatregoers across the UK.

With support from The Space, it was filmed live at York Theatre Royal in 2019. 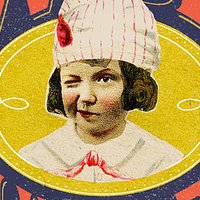