Michael Ball has enjoyed an immensely successful and varied career over the last 20 years both in the West End and on the concert stage, working with some of the 20th century's most prolific musical theatre composers. This legendary 2009 show celebrates 25 years of Michael’s music, filmed at the Royal Albert Hall and featuring performances of songs from musicals Hairspray, Jesus Christ Superstar, Les Misérables, as well as music by the likes of Queen and Supertramp. 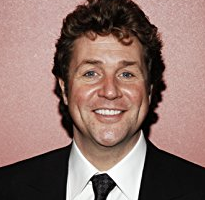