From master storyteller Philip Ridley comes the five star OnComm Award Winning play The Poltergeist. ‘Art’s my hobby too.’ Hobby?! Sasha was destined to take the art world by storm. At the age of fifteen pop stars wanted his paintings, and a new exhibition was going to make him a millionaire. But now he lives in a run-down flat with his out-of-work boyfriend, serves in a stationers, and no one’s even heard of him… what went wrong? Philip Ridley’s darkly comic new play is about art, family, memory, and being haunted by the life we never lived. Please note this event features Strong Language, Use of Prescription Drugs and Themes of an Adult Nature. This event's run time is 75 minutes.

One of the greatest living British writers, Philip Ridley’s previous plays include The Fastest Clock in the Universe, Radiant Vermin, The Pitchfork Disney, Tender Napalm, Dark Vanilla Jungle, and Mercury Fur, as well as the screenplay for the 1990 film The Krays. With FIVE stars: “Rare and unmissable. Will be talked about for years.” - Theatre Weekly “Tightly wound, highly disciplined and unashamedly relentless.” - Broadway World. “Ridley and Tramp’s fast-paced and moving production, has done something truly remarkable.” - OX Magazine. “Compelling, absorbing, vital, frantic, unmissable.” - Everything Theatre. 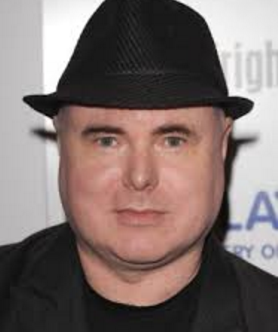