Tennis Elbow will be the second of eight new plays delivered in our brand-new audio-digital platform with The Royal Lyceum Edinburgh and Naked Productions and directed by Elizabeth Newman, Artistic Director of Pitlochry Festival Theatre.

Our Tennis Elbow prèmiere, is a new comedy from playwright and artist John Byrne, the creator of the BAFTA award-winning BBC television series Tutti Frutti and the critically acclaimed plays The Slab Boys Trilogy. The new play, which will be Byrne’s first for 13 years and is the follow up to his acclaimed 1977 debut play Writer’s Cramp, is a bittersweet comedy about the life and work of a mischievous lost artist trying to make her way in the world. 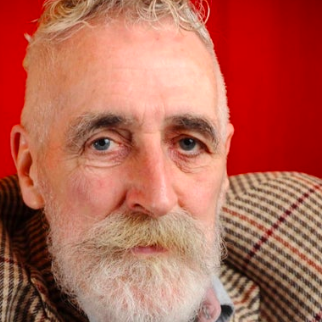