Lyn Gardner
7 September 2020  ·  Follow on Stagedoor
“James Rowland’s storytelling plays, directed by Daniel Goldman, have won him a cult following over the last four years and have been performed more than 500 times across the world on major stages and in tiny village halls. A trilogy that can be experienced in three parts the pieces have been recorded during lock down to create an audio series that asks questions about the human need to tell stories. Team Viking, about a friend dying of cancer who wants a Viking funeral, was recorded by a river in East London, while A Hundred Different Words for Love was recorded in Whitechapel tube station, and Revelations, about being a sperm donor was recorded in a beer garden as pubs started to reopen.”

Each part of SONGS OF FRIENDSHIP was recorded at a different stage of lockdown, in the spaces we could find. The stories are funny, and sad, and they cover all the big questions: life, love, death, faith, and why we tell stories in the first place. Mostly though, they're about friendship - so I hope sharing them during this solitary time will mean something to anyone who listens.

Finally: I hope you'll love the shows individually, and you can listen in any order, but I think they're best experienced together and sequentially. Here's a bit about each one.

Part One: TEAM VIKING
Eight years ago, our best friend Tom was diagnosed with heart cancer. His last wish was to have a viking burial. This is the story of how Sarah and I tried to make that wish come true. Recorded by a river in East London and accompanied by my own music, this version was made early into lockdown, when the only places we could go were outdoors.

Part Two: A HUNDRED DIFFERENT WORDS FOR LOVE
Five years ago, I met the love of my life. Two years later, we broke up. This is a story about falling in love and landing broken-hearted, being Best Man of Honour at my best friend Sarah's wedding to Emma, and how words sometimes just aren't enough. Recorded in Whitechapel underground station and accompanied by my own music, this version was captured just as we were being allowed back on non-essential public transport.

Part Three: REVELATIONS
Two years ago, Sarah and Emma asked me for my sperm - to help them start a family. This is a story of what happened next, about growing up a Christian and losing my religion, and how I tried to do the right thing even if it meant taking all my clothes off. Recorded in a beer garden and accompanied by my own music, this audio show was made with a few friends, in those heady weeks when pubs started to reopen. 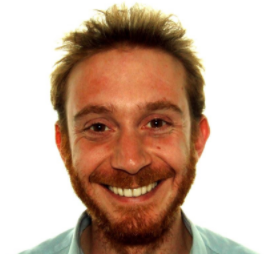 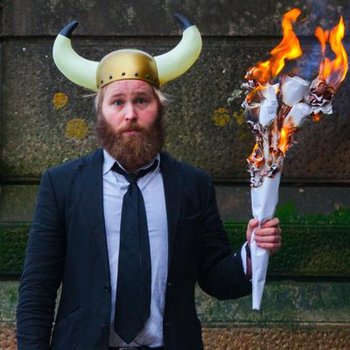