Lyn Gardner
14 July 2020  ·  Follow on Stagedoor
“If you know the ever-energising Sh!t Theatre from the very clever Drinking Rum with Ex-Pats, then check out this one that they made earlier. It’s about the effects of the London housing crisis and what it does to personal relationships, including their own. Louise Mothersole and Rebecca Biscuit are mothers of theatrical invention and their trademark shambolic daffiness is used very smartly so that the underlying seriousness of this endeavour only gradually emerges as it details with vim and a sharp satirical eye the corrosive impact of needing a roof over your head in a city of astronomical rents. It may look deceptively fluffy but the way it charts the undermining of human decency and ethics is all too real.”

The multi award-winning duo, SH!T THEATRE, are pleased to present their Fringe First award-winning and Total Theatre award-nominated Letters to Windsor House as an on-demand stream. With songs, politics, dodgy landlords and detective work, the national housing crisis gets deeply personal in a ‘hilarious and heartbreaking’ (★★★★ Sunday Times) show for Generation Rent. First performed at Summerhall as part of Edinburgh Festival Fringe 2016, it’s now available to stream on-demand for a limited time.

To celebrate this release, join us live with Becca and Louise for Sh!t Theatre’s Happy Hour on our YouTube Channel, July 9 at 8pm UK time. 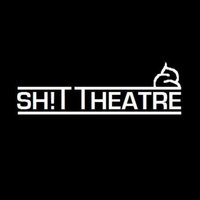 Sh!t Theatre
89 followers
‐ ‐
No user reviews
Be the first to review it