First, Take Part in the Get Into Dance Workshop hosted by Bradley Charles, Artistic Director of ZooNation Youth Company. Bradley will lead an introductory level dance workshop in Locking, a funk style used in a wide range of ZooNation's work, including Some Like It Hip Hop. The Get Into Dance Workshop is suitable for all ages and abilities, and will be available on Sadler’s Wells’ Facebook page and YouTube channel from Monday 19 October.

Second, watch an on-demand screening of dance smash-hit Some Like It Hip Hop. Debuted in 2011, Some Like It Hip Hop is a nod to Billy Wilder’s Some Like It Hot and Shakespeare’s Twelfth Night. It tells a comical tale of love, mistaken identity and revolution, all played out in ZooNation’s trademark style. This film will be available from 7:00 pm BST on Thursday 22 to 7:00 pm BST on Thursday 29 October on Sadler’s Wells’ Facebook page and YouTube channel and will be available with audio description on YouTube. You can also enjoy a brand-new companion film exploring the making of Some Like It Hip Hop featuring interviews with members of the company and creative team who made the production.

Third, Take Part in a new dance tutorial led by Sadler’s Wells Associate Artist and ZooNation Artistic Director Kate Prince. The workshop will teach participants the iconic choreography to Teardrop Breakdown, a section of choreography from Kate’s critically acclaimed production Into The Hoods, which the company performed live at Nelson Mandela’s 90th birthday celebrations. The Teardrop Breakdown features the music of D.J. Walde and will be available for audiences to watch via the Sadler’s Wells YouTube channel and IGTV from Monday 26 October. We also invite you to film yourself taking part and share with us on social media. 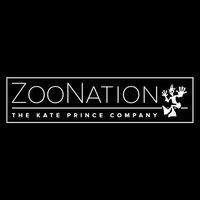