Spine tingling and visceral, Rattle Snake will take your breath away. An epic tale based on real life stories of women who have faced and survived coercive controlling domestic abuse.

“Rattle Snake holds the voices of those who have survived coercive control and our aim is to make the best theatre we can to ensure those voices are heard.” Catrina McHugh MBE, Writer of the Year, Rattle Snake, 2018 (Journal Culture Awards)

From the company behind Key Change, the New York Times Critics’ Pick and Winner of the Carol Tambor Best of Edinburgh Award 2015, Open Clasp has already reached over 50,000 people online with their critically acclaimed productions, using theatre captured live on film. 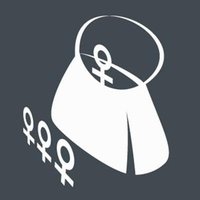