Streamdoor 😍
27 May 2020  ·  Follow on Stagedoor
“Quarantine’s second collaboration with philosopher Dr Michael Brady. Entitled explores hope, privilege and disappointment – and the things we do to try to make our life complete. It ends before it even gets started.”

In some sense, Entitled is a performance that never happens. It’s like watching the technical rehearsal for a show that doesn’t exist. It takes the form of a get-in and a get-out: the usually hidden choreography of transforming a theatre from an empty space into a stage for a show – and back again.

Entitled is about the people who are in it. Each of them has their own story to tell.

Three theatre technicians take centre stage and lead us into their world of making a show. We watch them do and talk about their job. As microphones are checked and the starcloth is raised, the performers step outside their rehearsal and tell us what’s really going on…

Entitled is fragile and funny and intimately moving. Like all of Quarantine’s work, it changes every night – real life doesn’t stop when the performance starts. We haven’t made anything that’s elicited such polarised reactions from critics and audiences. People have had arguments. The reviewer for Total Theatre magazine said it was “like marmite”. She hated it. 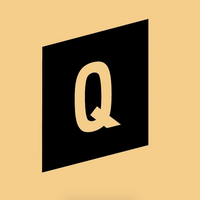 Quarantine
followers
‐ ‐
No user reviews
Be the first to review it