Lyn Gardner
23 April 2020  ·  Follow on Stagedoor
“The title might lead you to expect a travel guide in the Italian city but this filmed version of Pina Bausch’s 1989 production is unlikely to make you think of going on your holidays. From its startling opening moments which I won’t spoil to its final hints of spring and rebirth, this Palermo is a state of mind, a place where decay sits side by side with more carnal appetites and something life-affirming rises from the ruins. It is rare to have access to a full Bausch show on-line and this one includes all her signature tropes as well as familiar themes such as cruelty, sensuality, humiliation and such tenderness.”

As debut of the film series, video footage of the piece Palermo Palermo, which was taken shortly after the piece’s premiere in 1989, has been digitally restored. Thanks to a grant from the Arts Foundation of North Rhine-Westphalia and the Cultural Foundation of the German Federal States, the material produced by Metrovision was acquired from the publishing house L’Arche Éditeur and has now been cut into a film version by the Pina Bausch Foundation. 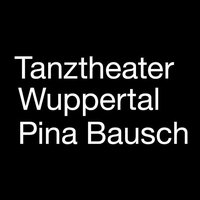