Streamdoor 😍
20 April 2020  ·  Follow on Stagedoor
“Crongton Knights takes its audience on a night of madcap adventure as McKay and his friends ‘The Magnificent Six’ encounter the dangers and triumphs of a mission gone awry.”

In this world premiere adaptation of Alex Wheatle’s award-winning novel, the pulse of the city is alive on stage with a soundscape of beatboxing and vocals laid down by the cast and created by acclaimed musician Conrad Murray.

Pilot Theatre are delighted to announce that they will be webcasting the online premiere of their current co-production of Emteaz Husain’s adaptation of Alex Wheatle’s award-winning young adult novel Crongton Knights. The webcast will be available to stream online for free from 6.45pm on Wednesday 22 April , the day the production was due to open at the Theatre Peckham in London.

The webcast will start at 6.45pm with a special introduction from the creative team of author Alex Wheatle, playwright Emteaz Hussain and co-directors Esther Richardson and Corey Campbell. The production will be available to stream online at

www.pilot-theatre.com/webcast until Saturday 9 May, the day the tour was due to finish at Theatre Peckham.

To coincide with the webcast Pilot will be putting online a series of talks & Q&A’s with the team behind Crongton Knights. The first Pilot Connects event will be a Q&A with the production’s composer and musical director, Conrad Murray, hosted by Pilot’s Artistic Director, Esther Richardson on Thursday 23 April. 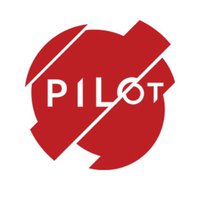