Streamdoor 😍
16 June 2020  ·  Follow on Stagedoor
“We are thrilled that audiences now have the opportunity to experience all three works in succession as the BAC Going Global season goes digital in June. SEE ALL 3 PARTS ONLINE UNTIL 12 JULY”

"Taking its final bow on the eve of lockdown, few shows could have better expressed the tension, strangeness and power of the current time" Jack McNamara

-THE SPIRIT part one - The Camel
A playful, meditative work about living a life of servitude and duty and how we break free of our constraints. Delferiere manipulates objects trying to achieve harmony and balance against the endless pull of chaos. His actions are accompanied by guitarist Giuseppe Lomeo.

-THE SPIRIT part two - The Lion
Delferiere at his most primal and fierce. Having rejected servitude, he finds himself enraged and seeking a way out of his prison. Taunted by bait and desperately building his strength, Delferiere fights for freedom against the fragmented beats from drummer Steve Noble.

-THE SPIRIT part three - The Child
Intoxicated by his freedom, Delferiere emerges in a state of joyous, hype. Contains adult themes and nudity. 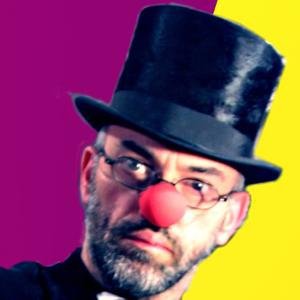