Lyn Gardner
12 October 2020  ·  Follow on Stagedoor
“Part of the Belfast International Festival, Northern Irish company Big Telly reimagine Macbeth as a live immersive dip into the bloodbath that is Shakespeare’s play. With a Celtic inspired soundtrack composed by Garth McConaghie, and a conceit that presents the witches as malicious spyware infecting Macbeth’s mind and making the audience suspicious of reality, this sounds like an ambitious attempt to re-tell a familiar story and do it in a way that draws on the horror film tradition.”

Headlining the Belfast International Arts Festival from 14th to 17th October. Virtual transfer to Oxford as a co-production with Creation Theatre until 31st October.

Tradition requires that a ‘ghost-light’ be left on while the theatre is dark, to ward off restless ghosts
and protect its magic from harm.

The lights are off, but the magic is not gone.

A closed theatre is a perfect playground for mischievous spirits intent on wreaking havoc.

Three witches usher, stage manage and execute the tragedy of Macbeth and Lady Macbeth, two innocents trapped in a Truman-esque reality which is both virtual and brutal.

This October, Big Telly Theatre Company invites audiences to draw their curtains tight, turn off the
lights and enter the realm of the witching hour for an up close and personal theatrical reboot of one
of Shakespeare’s most well-known plays.
Directed by the theatre company’s founder Zoe Seaton, this atmospheric Macbeth is a timeless
blood-soaked tale of murder, lust and power, in a world where reality and illusion are hard to tell
apart; a hinterland of hype where fate is twisted, control is remote, and comfort is in entirely another
zone.

The world premiere of this fully immersive digital theatrical production will open at the 58 th edition
of the Belfast International Arts Festival (BIAF), Ireland’s leading contemporary international arts
festival and the highlight of this year’s virtual programme. The show, which has been specifically
produced for this socially distanced world, will be performed live on screen for four nights before
transferring to Creation Theatre’s platform as a co-production until 31 st October. A special midnight
show will be performed on the 30 th October, the night before All Hallow’s Eve. 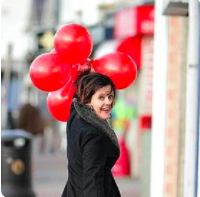