When it became clear that LIMF’21 couldn’t run as a live event, we invited five artists to create a series of short films for our online festival. The commissioning brief was to create a work lasting between 3-10 minutes that wasn’t driven by spoken text, but otherwise giving complete freedom over subject matter and style. Five Short Films is the result, featuring Jacqui Beckford, Andrew Dawson, Gavin Glover, Kristin & Davy McGuire and Toby Sedgwick.

Whilst four artists were creating entirely new work, we asked BSL interpreter Jacqui Beckford to reprise her signing of Nothing Compares 2U from Kiss & Cry, a production staged at the Barbican as part of LIMF 2017. Happily its co-director, Belgian film-maker Jaco Van Dormael, offered us his beautiful, atmospheric, black and white footage, which we were delighted to accept. 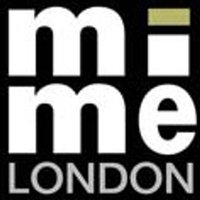