Following its initial SOLOS commissions, Kali put out an open call for submissions. It invited monologues of three to five minutes responding to the Covid19 crisis, that an actor could rehearse over zoom and self-record in isolation. From over fifty monologues submitted, a panel selected pieces by Miriam Babooram, Veronica Dewan, Sarah Isaac and Kiran Benawra.

The first new release is Dear Joe…, a bittersweet comedy written by Miriam Babooram and performed by Yasmin Wilde. It is released at the end of a week that saw ‘PE teacher for the nation’ Joe Wicks (and his thousands of followers) stepping down to three online sessions a week as life under Covid19 moves on. It takes the form of a love vlog, chronicling a middle-aged woman’s existence within and outside of lockdown. 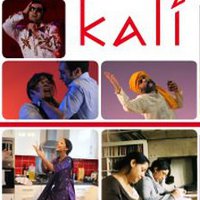