Lyn Gardner
14 May 2020  ·  Follow on Stagedoor
“The dancers slaughter each other in this 30-minute dance piece created by choreographer Hofesh Shechter who has been such a strong force on contemporary dance. This may not have the vibrancy or clout of his masterpiece, Political Mother, but no worries there is much to enjoy with a shudder in a show that Shechter describes as “a macabre comedy of murder and desire.” It works through a series of repetitions that gradually reveal the murderous impulses of humanity and while it springs plenty of physical thrills, it also questions the audience’s complicity as it ponders not just our capacity for violence but the enjoyment we get from watching it.”

Streamdoor 😍
10 April 2020  ·  Follow on Stagedoor
“Hofesh Shechter's Clowns is a dance film that plays out a macabre comedy of murder and desire, asking how far will we go in the name of entertainment.”

Directed, choreographed and composed by Hofesh Shechter, it combines bold, exhilarating and tribal movement by ten dancers with a percussive, cinematic score.

Hofesh Shechter's Clowns was commissioned by the BBC as part of the Performance Live strand - a partnership between BBC Arts, Arts Council England and Battersea Arts Centre, showcasing some of the most exciting artists working in performance today. Produced by Hofesh Shechter Company and Illuminations. 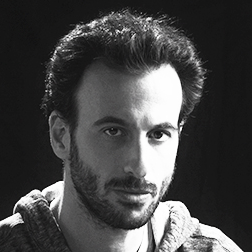