Lyn Gardner
4 June 2020  ·  Follow on Stagedoor
“This is not an easy watch and neither should it be. Groomed is writer and performer Patrick Sandford’s own story of being groomed and sexually assaulted by his primary school teacher. Performed at Soho Theatre in 2017 to critical acclaim, this is a filmed version, made on location in a school. It has a quietly terrible power as Sandford recalls the events of more than 50 years ago, the adults who failed to protect him and his survivor’s guilt. Devastating.”

Streamdoor 😍
3 June 2020  ·  Follow on Stagedoor
“Honest and provocative but never depressing, three poignant narratives are brought together to show how, when a story is told, it can save your life.”

How can a Truth be told?
How can a Secret be spoken?

Combining three gripping narratives, a Japanese soldier who refuses to stand down, the inventor of the saxophone and the personal story of a betrayed schoolboy, GROOMED pushes past sensationalist news headlines, and shows the lasting impact of abuse into adulthood.

Presented at Soho Theatre in 2017, the play won the Broadway Baby Bobby Award, Fringe Review Outstanding Theatre Award and the Fringe Guru Brighton Fringe Award for Theatre at the 2016 Brighton Fringe. In 2019 GROOMED was powerfully reinvented as a film, shot entirely on location in a primary school classroom. 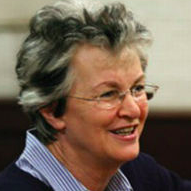 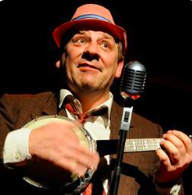