Streamdoor 😍
23 March 2020  ·  Follow on Stagedoor
“Impending fatherhood stuns a man almost speechless at the start of The Race – a 2005 production by Gecko that toured around the world after starting out as a co-production between Warwick Arts Centre and Battersea Arts Centre. It follows 9 months of anxiety as a laddish bloke prepares for unexpected fatherhood.”

One man is on a collision course with his future, sprinting to the most important moment of his life. But will he be ready? What will he feel the moment he sees his child’s eyes?

Visually stunning and astoundingly athletic, barely pausing for breath this show chronicles a man trying to reconnect his feelings and truly live. The Race is a whirl of masterful movement, vivid colour and emotive music. 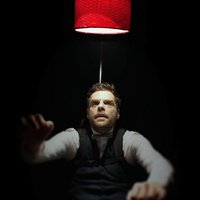