Lyn Gardner
16 April 2020  ·  Follow on Stagedoor
“There is an added poignancy to watching YesYesNoNo's show about intimacy and isolation online, particularly one that makes such essential use of the audience. Sam Ward’s 2017 Edinburgh fringe show recreates, with audience participation, five sexual encounters he has had with men. That may make it sound seedy, but it is anything but - rather it creates a forum for disclosure and truth-telling that is often funny and tender. So, slip off your shoes, have the grapes at the ready and sit back and enjoy this engaging and thoughtful piece about what we confess and what we hold back.”

Streamdoor 😍
23 March 2020  ·  Follow on Stagedoor
“A bit of a cult hit three years ago, this fringe show is "a surprisingly tender theatrical experiment" according to Exeunt Magazine - with "extreme audience participation"”

Sam wants to tell you about five encounters he had on a site called Craigslist. Sam is anxious about the way he gets to know people. About the way he self-sabotages his attempts to communicate and reach out to those around him.

Sam wants this to be a chance for you to get to know him.

5 Encounters on a Site Called Craigslist is a show performed by one person. One person who needs an audience to tell his story. It’s a show that, in exploring one person’s self-sabotaged attempts to know those around him, considers the extent to which a group of people in a darkened room can ever get to know each other.

Desperately hilarious and achingly bleak, 5 Encounters on a Site Called Craigslist is an intricate and tender question mark around our attempts to encounter each other in a technologized world. 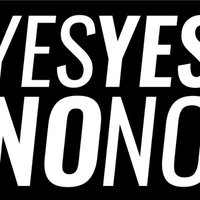