Lyn Gardner
14 July 2020  ·  Follow on Stagedoor
“The climate emergency hasn’t gone away and the Almeida Young Company (whose work I’ve seen and enjoyed) are shifting the focus back to the planet with a three day festival later this week that includes panel discussions and masterclasses but also performance and film. There is a new audio piece from Ben Weatherill (who wrote the excellent Jellyfish, seen at the Bush and the NT) called As Waters Rise, and Ella Road (who wrote the Hampstead Theatre hit The Phlebotomist) has a short film Something Will Disappear whose cast includes Ann Firbank, Paterson Joseph and Anjana Vasan along side Almeida Young Company actors.”

Streamdoor 😍
7 July 2020  ·  Follow on Stagedoor
“A new digital festival exploring the intersection between art and the climate crisis.”

Aimed at and created with 14 – 25 year olds, the festival will take over the Almeida’s digital platforms.

-The world premiere of Ella Road’s short film Something Will Disappear, performed by a cast including Paterson Joseph, Anjana Vasan and Annie Firbank alongside Almeida Young Company actors.

-Two panel discussions, exploring the role of the arts and the impact of the pandemic on the climate crisis, with panellists including Culture Declares Emergency co-founder Kay Michael, activists Daze Aghaji and Noga Levy-Rapoport, playwright April De Angelis and rapper Louis VI.

-A screening of Jack Cooper Stimpson and Sam Haygarth’s short comedy film Extinction, with a cast including Emma Thompson.

All events are free to attend, but registering attendance in advance is essential. 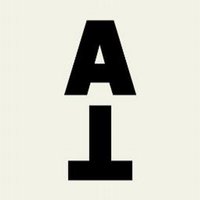