Bringing the very best of British stage and screen directly into your living room. This side-splitting new musical, fuelled by a contemporary pop score was written & developed in the US in response to the closure of theatres in 2020. Filmed entirely in each artist’s home, viewers are invited to experience the joy of theatre in an entirely new way. A Killer Party will be released as a series of 9 episodes to watch on-demand, at home or on the go.

When Varthur McArthur (yes, that’s his real name), failed West End actor and current artistic director of Blackpool’s smallest regional theatre, calls a read-through for his latest murder mystery play, the cast of local actors arrive at the party with anything but theatre on their minds. But when Varthur ends up face down in his soup (a gluten-free cheese bisque, thanks for asking), it’s up to Traffic-Police-Officer-turned-Detective Justine Case to piece together what happened. If only the ensemble of suspects would stop singing...

The entire series of 'A Killer Party' is available to view from Monday 26th April until Sunday 23rd May.
You can rent the entire series for £25.00. Individual Episodes are availble to rent for £2.99 each.
Each purchase enables you view once over advertised booking period. 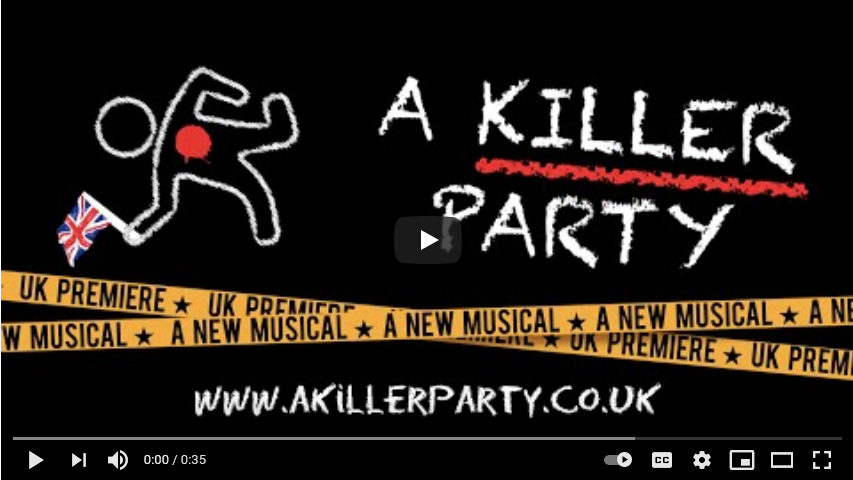