Streamdoor 😍
26 March 2020  ·  Follow on Stagedoor
“There's an 18min extract of this charming musical available on youtube (click book now to view) but you can rent the full version here for $5: http://live.thisamericanlife.org/”

Lin-Manuel Miranda turns a piece of reporting we broadcast in 2012 into a 14-minute Broadway musical, created by people who normally work on Broadway. You can find the original cast album of “21 Chump Street: The Musical” on, iTunes, Amazon, and Spotify.

It is a goofy, often witty and ultimately heart-breaking little morality tale 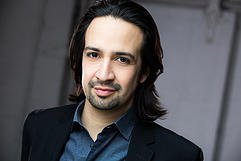