Anonymous is a Woman present F.A.N.Y (First Aid Nursing Yeomanry) a startling new play telling the incredible true story of the women who drove ambulances from the front line of the bloody battlefield to the nearby hospitals in France during the First World War.

F.A.N.Y is a startling new play about courage, bravery & redemption. This evocative production immerses you in the front-line reality of the Great War from a rarely seen perspective... a woman's.

Little has been said about these war women. 100 years after the First World War, now is the time for their story to be heard.

Based on real accounts from the F.A.N.Y records and the Imperial War Museum, F.A.N.Y is inspired by the novel Across The Blood-Red Skies by Robert Radcliffe.

Anonymous Is A Woman Theatre Company is dedicated to bringing audiences high quality, engaging, theatrical experiences that tell the unheard stories of women throughout history and across the world. The company was set up by two graduates of the Drama Centre London, Bips Mawson and Leila Sykes, as a reaction against the lack of female roles in the industry. Armed with aspirations of gender equality the company wishes to tell ‘her-story’ from history, they believe in women; from the unsung heroes of our national and international past to the high profile trailblazers of today. 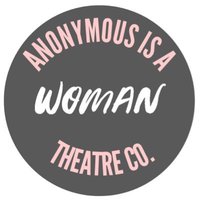