Arkansas, 1884. African Americans are free from the bonds of slavery, but true self-government has been hard to achieve. As superstition and fake news pervade the fractured community, it falls to the young Treemonisha to speak truth to power and lead her elders onwards.

Written by ‘King of Ragtime’ Scott Joplin in 1911, and influenced by his own experience as a young African American during the Reconstruction period, Treemonisha was one of his proudest achievements – but he never saw it staged in his lifetime.

Performed in English without surtitles. 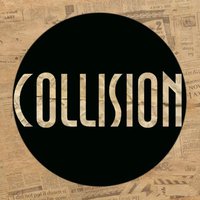