Lyn Gardner
8 August 2022  ·  Follow on Stagedoor
“I’ve always loved the wittiness of the title of the Arcola’s opera festival, which returns for the 15th year with a baker’s dozen of operas, some new and some old. Look out for Baseless Fabric’s Carmen that reimagines Bizet’s story for today with supermarket checkout girl, Carmen, flirting with security guard, Don Jose. Dame Ethel Smyth’s The Boatswain’s Mate returns after its success at Grimeborn in 2018, and Bartok’s fabulous Bluebeard’s Castle is given a production by Green Opera with an eye to exploring male fantasy and the muse-artist relationship. I love the sound too of Red Gray and Sarah Nicolls’ new opera, The Unravelling Fantasia of Miss H, inspired by the defiant embroidery of Mary Frances Heaton who was held in Wakefield Asylum in the 19th century. There is much more so check out the website.”

It is 1837 and Mary has been arrested for a breach of the peace. She is an outspoken woman and the authorities of Doncaster are confounded. They sentence Mary to a lifetime confinement in Wakefield Asylum.

The Unravelling Fantasia of Miss H. is a poetic portrayal of a Victorian woman imprisoned by a society intent on control.

Mary Frances Heaton’s tale is told through her own words, her defiant protests stitched into embroidered samplers and discovered in the asylum years later.

Mary’s struggle to hold on to her identity and reach the outside world speaks across the years, her outrage at a corrupt system urging us to ask ‘How much have things have really changed?’

This contemporary opera is a new composition by soprano Red Gray and Sarah Nicolls with her inside-out piano. 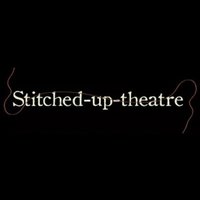