Sri Lanka, 2009. A 26-year civil war between the government and the Tamil Tigers is coming to an end. The United Nations, the media and all independent witnesses are banned from entering the war zone.

Nila, a young Tamil woman, is trapped in rebel-held territory. Rebecca, a British aid worker, is desperate to get her out. Erik, a Norwegian politician, thinks he has a plan for peace. But nothing is certain – and nobody is safe.

Be transported to the heart of Sri Lanka to discover the shocking truths, and the extraordinary human sides, of the biggest unreported war story of our time. Based on real events, The Island Nation is a visceral, revelatory new play by Christine Bacon, artistic director of the pioneering human rights theatre company ice&fire. 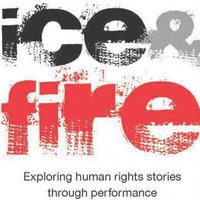