Lyn Gardner
13 September 2022  ·  Follow on Stagedoor
“It looks like a good season at the Arcola, Dalston’s brilliant local theatre with a city-wide reputation. Philip Ridley’s The Poltergeist was last seen in a streamed version during lockdown. Now it takes to the stage in Wiebke Green’s production in October, and that will be followed by Frank McGuiness’ Dinner with Groucho which brings Groucho Marx and T.S. Eliot together in a restaurant on the edge of heaven. First off comes New Earth’s The Apology, an intriguing play by South Korean writer Kyo Choi, about the women forced into sexual servitude by the Japanese army in the countries it occupied during WW2. Based on true accounts, it asks hard questions about responsibility, reparation, and what is the nature of genuine apology. The North Wall’s Ria Parry directs.”

“My feelings? They’re not hurt. My feelings are incensed…”

Seoul, 1991. Priyanka is beginning the UN investigation into the ‘comfort women’ of the Second World War, and the subsequent political cover-up. Yuna is about to learn the family secret her father has shamefully concealed for her whole life. And Sun-Hee, having kept her silence for over forty years, is on the brink of speaking out – an act which will ignite a fire that could spread across the world.

Three women’s lives intertwine as they campaign for the truth against those who would rather it remain forgotten.

Based on true accounts by survivors, The Apology is a play about the meaning of justice in the face of atrocity.

The Apology was developed with support from the National Theatre.

A powerful story with appropriately compelling and emotional performances

Filled with powerful and emotional performances from an outstanding cast

There is a story of historical significance here

Though far from subtle, this hard-hitting play packs some surprises 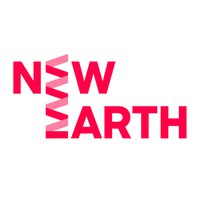