Devised by the company from a Deaf perspective and based on the Japanese Noh play Sumidagawa.

A ferryman takes a woman across its churning waters in search of her lost son, but all she finds is a ghost child.

Poignancy and comedy mix in a shifting kaleidoscope of sign languages and spoken word, where Deaf performers are played like musical instruments, where drums beat to the sound of speech and song, where silence is as deep as the world.

Verity Lane’s scintillating production is a re-imagining of a 650-year-old Japanese Noh (mask) play Sumidagawa which inspired Benjamin Britten to compose his musical parable Curlew River. It stars Chisato Minamimura as the Mother and Alex Nowak as the Ferryman, with percussive music and haunting shadow play. 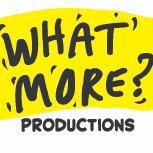 What More? Productions
followers
‐ ‐
No user reviews
Be the first to review it