Lyn Gardner
6 June 2022  ·  Follow on Stagedoor
“It’s summer and the Arcola’s outside space opens with the return of Max Wilkinson’s story which cleverly evokes a real sense of place and space and the city itself. It’s about a free-wheeling delivery driver, Rainer, who cycles through the city delivering food to its inhabitants. Rainer flies along enjoying her quirky encounters with the city’s inhabitants but is she trying to pedal away from her demons and the fact she’s two months behind with the rent? The UK’s gig economy workers kept us all going during lockdown, and Wilkinson’s play reminds us that there are real people with rich and complex lives behind the anonymous person who drops off your takeaway.”

RAINER returns to the Arcola Theatre’s Outside Space this June for a limited three-week run. The play was a finalist for Samuel French’s Off-Broadway Award, longlisted for Theatre Uncut’s Political Playwriting Award and winner of the Prix Royal competition in Paris.

A one-woman show, RAINER is a celebration of a city and the people within it, seen and unseen. Writing from his own first-hand experiences in service and delivery jobs, Max Wilkinson wrote RAINER during lockdown in 2020 when the streets were apocalyptically quiet.

Rainer is a solitary bicycle delivery rider, whizzing across London, delivering food to whoever will summon her. From luxury flats to leafy suburbs, she loves to create stories in her head, re-imagining the city as one of her favourite sci-fi films or Scorsese’s Taxi Driver. She loves her life, until her one-time lover disappears, and reality starts to slip.

Soaking up the city: Miriam Sallon reviews Max Wilkinson’s play about a female delivery driver who cycles away from her problems 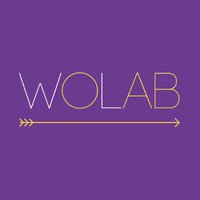