A new black comedy from Sarah Kosar with an irresistible, patriarchal company structure.

John’s smart furniture company, FLATT, is failing, but the new investor, also named John, thinks he has the answer: get all five of the female employees to construct the ultimate product for women.

Tasked with creating The Womb (™), Mary and her team start to question what it is they are building, and who they are really building it for.

Our Name Is Not John was originally commissioned by The Old Vic 12. It was longlisted for the 2019 Bruntwood Prize for Playwrighting. 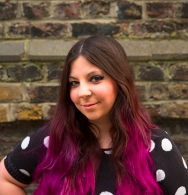