Hani Sami
A lecture performance on how we perceive and consume images in our current age. A collaboration between two key figures of Cairo’s independent theatre scene, theatre director Hani Sami and choreographer and writer Mona Gamil; Mind, The Gap intertwines live performance, theoretical musings and visual projections. Focusing on iconic images from the last decade, the performance will guide audiences on a journey of intellect, trauma and catharsis. Hani Sami is a film and theater maker with a BA in Theatre from the American University in Cairo and an MA in Filmmaking from l’École Supérieur d’Audiovisuel in Toulouse.

FOR THE ABSENT ONES

Parallel Crossings
The artist cannot be with us tonight, and yet the artist is present. Created as an audio-experience by theatre artists Abdullah Alkafri (Syria), Moez Mrabet (Tunisia), Jon Davis and Jonathan May (UK). For the Absent Ones is a response to tightening borders and restrictions on travel. Equipped with headphones and entering a theatre space, the audience listens to moving voices of those unable to move freely. 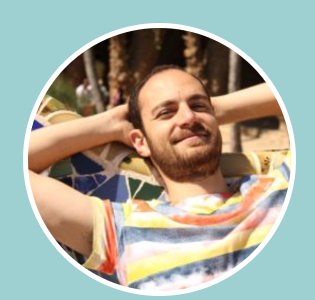