London, 1949. Terence Rattigan is one of the best-known playwrights in town, but his relationship with the actor Kenneth Morgan is a closely-guarded secret. When Kenny falls into the arms of a younger man, emotions reach fever pitch. Behind the closed doors of a flat in Camden Town, the unspeakable will have to be spoken.

After a sold-out run, Kenny Morgan – the critically-acclaimed new drama by Tony-nominated playwright Mike Poulton (Wolf Hall, Bring Up The Bodies, Fortune’s Fool on Broadway) – returns for 4 weeks only.

This gripping tale of destructive passions exposes the limits to which people will go for love, and the extraordinary real-life events behind Rattigan’s most famous play, The Deep Blue Sea.

Deft and witty ... Poulton’s revealing play digs into the agonies of unrequited love and of forbidden desire

Lucy Bailey's production is pretty much flawless ... Paul Keating gives a career-redefining performance as Morgan ... This is surely already a major contender for the accolade of best new play of the year. Unmissable. 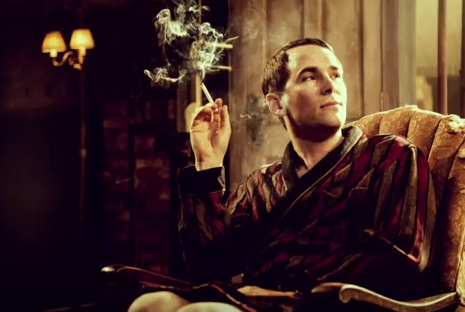