and i decided… (Monday-Wednesday)

Ever wonder what happened to Nora, the protagonist of Ibsen’s “A Doll’s House,” after slamming the door behind her? Or Alice of “Alice in Wonderland” in the years after her adventures? Or what the participant of the adult film thinks? The set of operatic monologues will give you the answer.
Text: Robert Coover/Will Eno/Jennie Ketcham
Monday’s performance will not included The Bear but will followed by the post show Q&A: “Feminism in contemporary opera” and has reduced ticket prices.

William Walton comic masterpiece “The Bear” or an opera extravaganza in one act, is an operatic parody, channelling the arch humour of Chekhov’s play of the same name. Popova is an ostentatiously virtuous young widow; Smirnov is a creditor whose blustering boorishness hides a sensitive heart. Sly insults, shouting matches, a duel, and…passion ensue.
It is a great opportunity for all music lovers to hear Walton’s classic comedy staged and dressed classically. Brillian example of 20 century contemporary music presented with digital scenary. 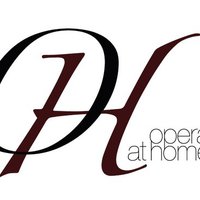