Sex, power, love, alienation and violence. A thrilling Russian dissection of the cruel and complicated games played by men, laying intimate thoughts unflinchingly bare. You are invited into the mind of a soldier, where bars and ballrooms become battlefields.

Created by a new international company, comprised of artists from the UK, Belarus and Columbia, A Hero Of Our Time began life in a social housing living room in London in front of 12 spectators. Then it travelled to Edinburgh for a sell-out run. Now it comes to the Arcola for 4 weeks only.

A show that blurs the line between theatrical and non-theatrical spaces, between comedy and tragedy, between the nineteenth century and our time.

A Hero of our Time remains timeless, allowing disaffected spectators to self-indulgently revel in the frivolity of life

A smashing success from the highly talented HUNCHtheatre group

Few productions generate as much energy as this one, the three actors in a continual state of embracing, wrestling, dancing 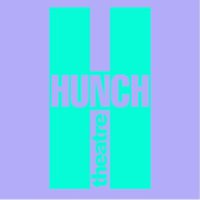