A HAND OF BRIDGE
Two married couples play a game of bridge, during which their innermost desires are hilariously revealed.

THE SANDS OF TIME
Receiving the Guinness World Record for World’s Shortest Opera when it was composed in 1933, this 3.5-minute score follows married couple Stan and Flo, whose luck changes during the boiling of their breakfast egg.

LE 66
When Frantz wins 100,000 florins in a lottery he discovers that good fortune can be a blessing in disguise in Jacques Offenbach’s fun, tuneful tale, with a new English libretto.

Sung in English without surtitles.
Suitable for all ages 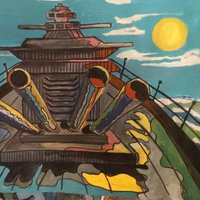