Best of the West End
20 May 2021  ·  Follow on Stagedoor
“A feel-good contemporary musical about the 16-year-old gay school outcast and would-be drag queen. This gloriously ebullient evening may be very much in fairy tale mode, but it boasts sharp songs, sharp social comment and even sharper performances. There is grit beneath the sequins and the frocks, and a critique of society’s unwillingness to embrace difference lurking behind the wit. It’s a show with as much appeal to teenagers as to their parents, and I can’t think of a West End show which delivers the same level of full-throttle, look-no-hands joy.”

Don’t wait for tomorrow, book your tickets today. Everybody’s Talking About Jamie will pause its West End run at the Apollo Theatre on 26 September before returning in 2022.

Inspired by a true story, it is the award-winning hit musical for today – bang up to date, more relevant than ever and specially updated for the times we live in.

Jamie New is sixteen and lives on a council estate in Sheffield.
Jamie doesn’t quite fit in.
Jamie is terrified about the future.
He is going to be a sensation.
Supported by his brilliant loving mum and surrounded by his friends, Jamie overcomes prejudice, beats the bullies and steps out of the darkness, into the spotlight.

Noah Thomas, Melissa Jacques, Sejal Keshwala, Hiba Elchikhe and Gillian Ford and Phil Nichol as Hugo/Loco Chanelle, lead a twenty-five strong company and a nine-piece band, this will ‘sweep you away on a tide of mischief, warmth and exuberance’ (Financial Times).

With ‘songs that have the wow factor’ (The Times) by lead singer-songwriter of The Feeling, Dan Gillespie Sells, and ‘hilarious’ book and lyrics ‘with delightful punch’ (WhatsOnStage), by writer Tom MacRae, this funny, feel-good, musical sensation is ready to be your much-needed glitter in the grey.

The 1,000th performance of the coming-out musical was a lively, cathartic affair that swept our critic’s reservations away

This show is life-affirming, inspiring and hilarious all at once

This musical, about a 16-year-old wannabe drag queen, has an undeniable touch of magic about it

A Billy Elliot for the gender-fluid age

Together, all the constituent parts of Everybody’s Talking About Jamie come together to demonstrate that this is a show whose place on Shaftesbury Avenue is never going to be given up lightly

Laughter enriches this heartfelt production, that shines with lively choruses and bright staging

In a triumphant return to the stage, the entire cast and crew bring their A-game

Totally feel good and guaranteed to make you feel fabulous!

It’s still fun, it’s still a great West End musical, the cast just need to work a little harder to send the dialogue and lyrics out to the audience 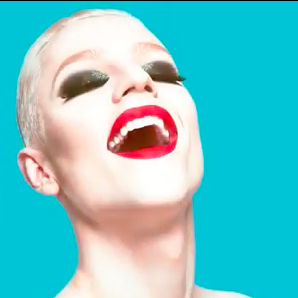 Theatre's reopening, it's gonna be May!