Lyn Gardner
22 January 2020  ·  Follow on Stagedoor
“Don’t hesitate, just go because Richard Gadd’s brilliantly crafted one man show is such a slippery, crazy little thing. Creepy too as it tells the story of how Gadd fell victim to a stalker. Under Jon Brittain’s canny direction this operates like a hunt for the truth, or a thriller that drip feeds us information like water torture, as it becomes apparent that Gadd’s relationship with his tormentor is not as simple as that of the stalked and stalker. Her obsession becomes his obsession too, not least because the police don’t take the threat seriously. What’s so clever about the show is the way that it constantly makes you re-evaluate your perspective on the story. It makes us interrogate the very act of storytelling itself as it questions its own narrative. A lethal hour.”

Best of the West End
22 January 2020  ·  Follow on Stagedoor
“A sell-out hit at the Edinburgh Fringe and Bush Theatre, this is one of the sharpest shows hitting the West End this year. Fiercely clever, funny in places and rivetingly tense in others - this is well worth your time.”

When award-winning comedian Richard Gadd offers a stranger a free cup of tea, he has no sense of the nightmare to come. One act of kindness. Six years of torment.

The harrowing true story of a female stalker who sent 40,000 emails

Too much aggression for such a small space

You’ll flinch until your eyes hurt

An exquisitely crafted 65 minutes: what’s so clever about the show is the way that it constantly makes you re-evaluate your perspective on the story

Recounting his experiences with a stalker, the comedian seems to live the horror afresh in a gripping show

Cruelly cool and pitched perfectly, Gadd has transitioned from comedy to theatre with a disgraceful grace 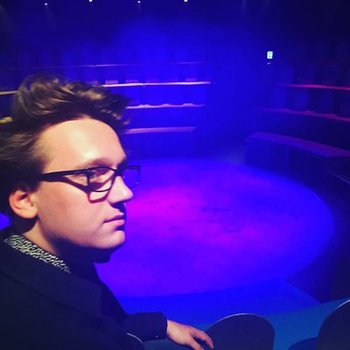 Ambassadors Theatre
West Street WC2H 9ND London, UK · Get Directions
‐ ‐
No user reviews
Be the first to review it