For the first time in the 150 year history of Alexandra Palace, its basements will be opened for a theatrical performance by immersive theatre mavericks, RIFT.

RIFT have produced Shakespeare in unusual locations for the last ten years, most notably; The Tempest over six months from an East London Shop, and Macbeth, overnight at the Balfron Tower in Poplar. These interpretations use formal experimentation to lay their plays bare and explore them from the inside out. Midsummer Night’s Dream is no different, RIFT utilise the cavernous atmosphere of the basement spaces to create a liminal dream space that is their setting for the play. Beginning in a 1930s film studio on the eve of the first TV broadcast, we are thrust into a shared unconscious as we delve into the forest at the heart of Midsummer Night’s Dream where lovers, fairies and actors are all enchanted. Join us this September for this historic opportunity to see Alexandra Palace and Shakespeare in a way you have never seen before.

Just being in the space is a dream in its own right. It's the star of the play as we wander from room to room following the action

Enjoyable – if conservative – immersive take on Shakespeare’s comedy, in the basement of Ally Pally 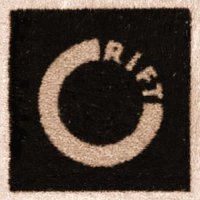 RIFT
followers
‐ ‐
No user reviews
Be the first to review it