From humble beginnings in Nutbush, Tennessee, to her transformation into the global Queen of Rock ‘n’ Roll, Tina Turner didn’t just break the rules, she rewrote them. This new stage musical reveals the untold story of a woman who dared to defy the bounds of her age, gender and race.

One of the world’s best-selling artists of all time, Tina Turner has won 11 Grammy Awards and her live shows have been seen by millions, with more concert tickets sold than any other solo performer in music history.

Featuring her much loved songs, TINA – The Tina Turner Musical is written by Olivier Award-winning playwright Katori Hall and directed by the internationally acclaimed Phyllida Lloyd.

Presented in association with Tina Turner.

When Anna Mae Bullock was growing up in Nutbush, Tenessee, no one could have predicted that she would soon become the Queen of Rock ‘n’ Roll herself, Tuna Turner.

Now you can join Anna on the journey of a lifetime in TINA: The Tina Turner Musical. Follow her life’s story from humble beginnings singing at the Spring Hill Baptist Church in Nutbush to meeting Ike Turner and embarking on a career that would see her win 12 Grammys and become one of the best-selling recording artists of all time.

Workshopped with Tina Turner herself, the musical is scored by a soundtrack of her greatest hits, including Nutbush City Limits, Shake a Tail Feather, Let’s Stay Together, River Deep Mountain High, Proud Mary, What’s Love Got to Do With It?, We Don’t Need Another Hero, and the iconic Best.

"It's really important to me to have the chance to share my full story,” says Tina of the show. “This musical is not about my stardom. It is about the journey I took to get there. Each night I want audiences to take away from the theatre that you can turn poison into medicine."

Critic reviews have been equally glowing. “As bio-musicals go, this is as good as it gets,” says Michael Billington of The Guardian. Dominic Cavendish of The Daily Telegraph describes the show as “slickly choreographed, beautifully designed, and roof-raising well-sung.”

Jawando shares the role with Elesha Paul Moses, who has previously appeared in Whitney – Queen of the Night and Tina: What’s Love Got to Do With It (both Cuffe & Taylor productions). She’s also known to TV audiences for her appearance on The Voice.

Performances of TINA take place at the Aldwych Theatre every Wednesday to Saturday at 7.30 pm, with Tuesday shows at 7 pm. There are also matinees at 2.30 pm every Thursday and Saturday and 3 pm on Sundays. Performances run at two hours 45, including an interval.

Get your tickets now to avoid missing out on a show that’s simply the best.

Hooray! I have a new favourite West End show and I urge you to see it for a fantastic night of musicality, drama and lots and lots of Tina Turner

This joyful, lungs-bursting show is simply the best

Simply the best way to tell the story of Tina Turner

Straightforward bio-musical elevated by a belting performance from Adrienne Warren

Tina Turner musical is not quite better than all the rest 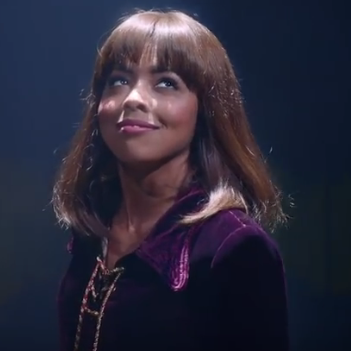