This is a rare opportunity to see Samantha Barks, one of the world’s leading stars, perform a beautiful, one-night concert with a live band at the stunning Adelphi Theatre before she takes on one of the most iconic roles in modern musical theatre.

Samantha Barks’ meteoric rise to fame began when she reached the finals of the BBC talent show I’d Do Anything in 2008. Having starred as ‘Éponine’ in the London production of Les Misérables in 2010, she was chosen to play the role in the 25th Anniversary Concert of the show at the 02 Arena. Whilst playing the role of ‘Nancy’ in the UK tour of Oliver!, she was announced as the role of ‘Éponine’ in the film adaptation of Les Misérables by Sir Cameron Mackintosh himself during a curtain call, a role for which she was critically acclaimed.

Since then she has performed some of the most iconic roles in theatre, including ‘Velma Kelly’ in Chicago, ‘Cathy’ in The Last Five Years and performing her own solo tour around the UK in 2016. She also played the role of ‘Vivian’ in the stage musical of Pretty Woman on Broadway before being announced as ‘Elsa’ in the original London West End production of Frozen, coming to Theatre Royal Drury Lane in autumn 2020. 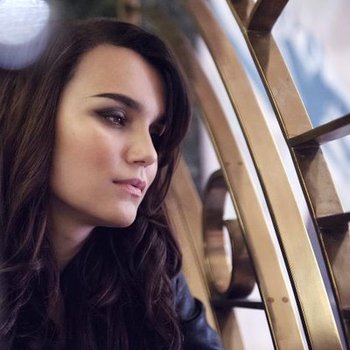